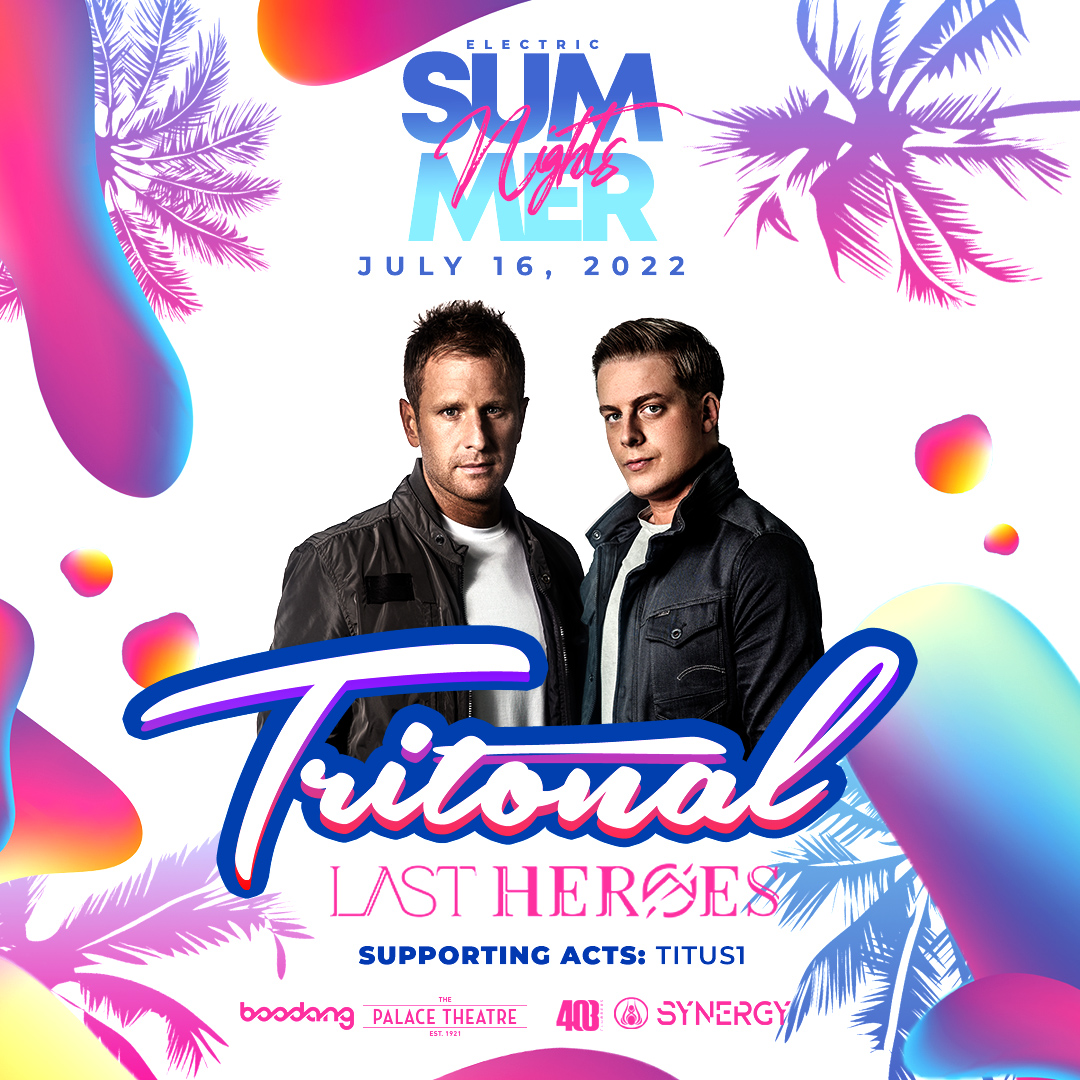 Tritonal, made up of Chad Cisneros and David Reed, are among the top 400 most consumed artists on Spotify globally, with over six Billboard Dance Airplay top ten singles to their name, there is no sign of this dynamic duo slowing down anytime soon. Having played at festivals such as Lollapalooza, Electric Zoo, Electric Daisy Carnival and selling out venues across North America on their Untouchable and Painting with Dreams tours, the duo is about to embark on their most impressive tour yet, co-headlining with Seven Lions, with special guest Kill The Noise; Tritonal will be performing their infectious, up beat arsenal of tunes to Tritonians nationwide this Fall.

This year the duo has remixed Zedd’s Stay, The Chainsmokers’ Honest and have released originals like Hung Up, Strangers, Wild Kind, Hey Mamama and Good Thing with more to come before the year ends. Fan favorites include Now or Never, Black Out, The Chainsmokers collaboration Until You Were Gone and Getaway.

Tritonal’s evolution and success proves that compelling songwriting, innovative production, and exuberant performances resonate with music lovers of all kinds, from underground purists to stadium fanatics.