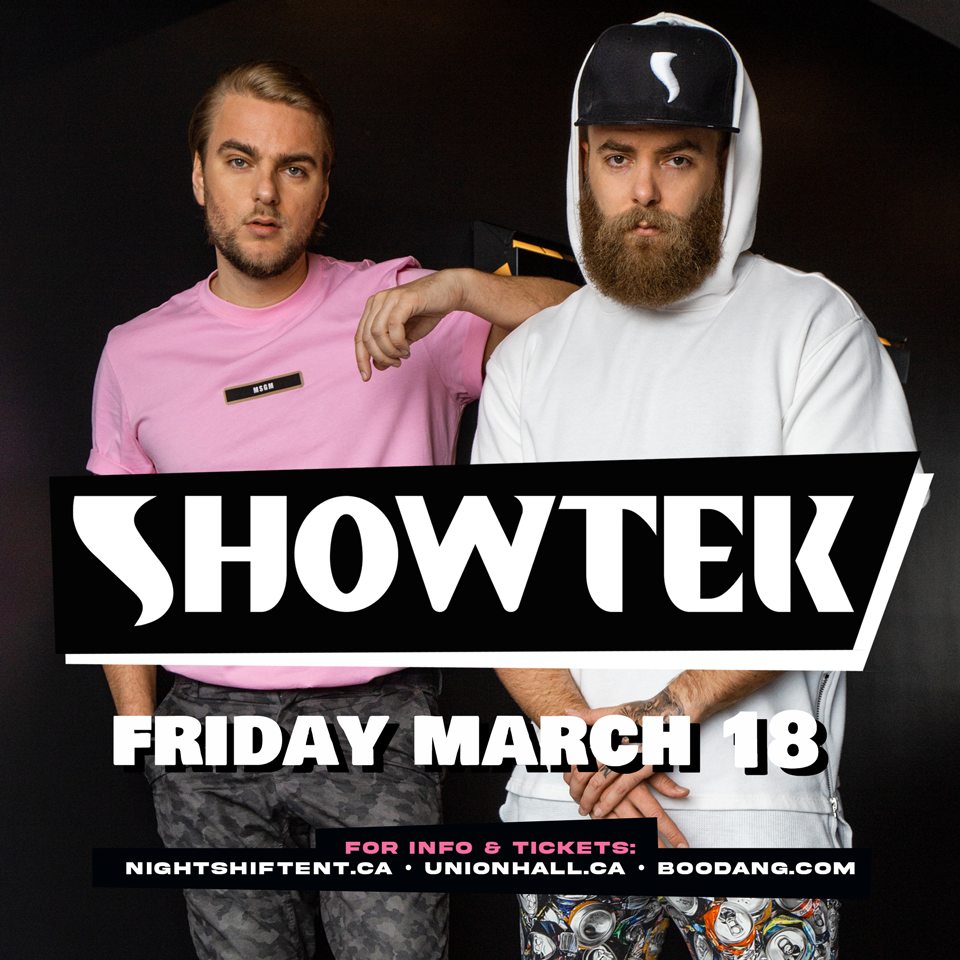 Imagine being part of something that is big and getting bigger. You can literally sense its growth not by rumors or by chance, but by being part of a movement. A movement that meets and likes to party hard at the weekend and then go back to work Monday morning, feeling fulfilled.

Ladies and Gentlemen, we give you Showtek!

Over the past two years Showtek have become more than an act; it’s a movement, a tribe formed by the producer duo and its fans that is united in its love for music, excitement, artistic freedom and adventure. More than anything else, the tribe is the source of motivation and energy for Showtek and it is their mission to nurture it and help it grow. The music always come first, no amount of success or fame will change that.

We live in exciting times. The dance music revolution is happening right here and Showtek are committed to leading the charge with a sound that is always pushing forward—always riding on the cutting edge. Front row seats on the craziest ride in the scene.

Wouter and Sjoerd Janssen, aka Showtek, two brothers from Eindhoven have been making music for over a decade. Two rebels kicking against the shins of establishment, speaking a language the party crowd could believe in. It was in 2012 when they truly exploded onto the global dance scene with the release of ‘Cannonball’. Childhood dreams became reality. Countless new fans joined. New productions got recognized and reached all corners of the planet, following the release of ‘Booyah’; a track that has Showtek written all over it, that it screamed it so loud that everyone sat up and listened, resulting in a top #5 spot in the UK singles chart and their first worldwide major hit! Momentum gaining, hundreds of thousand of fans worldwide have their eyes fixed on anything that is yet to come.

Wouter is the wiz kid perfectionist where ‘good is just never good enough’ and his will to succeed is paramount as he’s always looking for that ‘eureka’ moment. Pair that with his endless love for music, his extensive memory and lust for sports and you have one half of Showtek.

Sjoerd, Wouter’s younger brother and partner in crime is often pointed out as the quiet one, yet with his volcanic character he can transform himself from a mild mannered fashion conscious gentleman into a fearless, crowd controlling MC and entertainer. He’s not one to follow a crowd and is always looking to push Showtek to a place where they will definitely stand out visually and sonically.