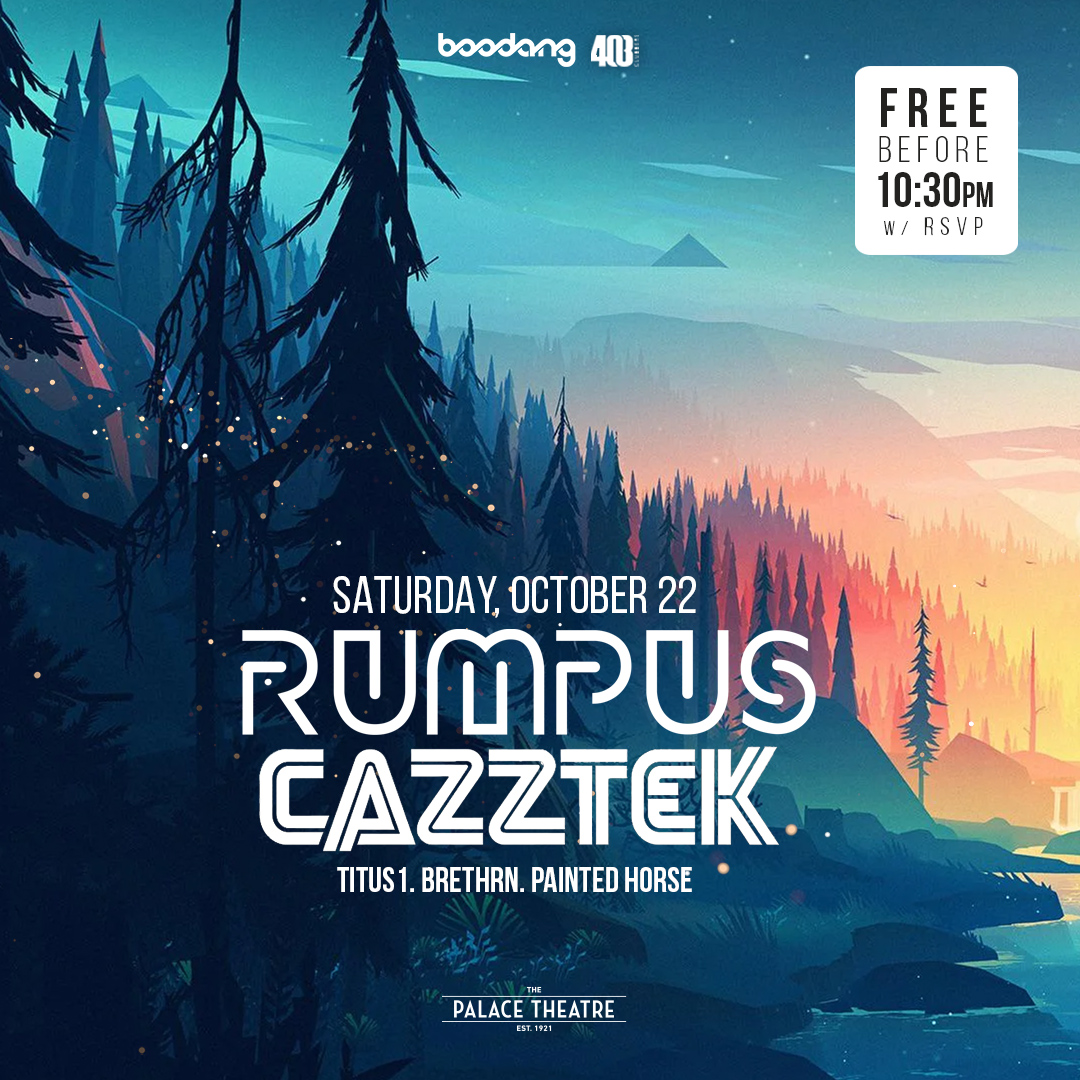 RUMPUS is a self-taught musician, DJ, and music producer whose uniquely energetic performances are accented with live drumming. Fusing tech house, bass house, and hints of funk, his distinctive style pulls elements from a diversity of cultures and genres. There’s a wildly free, slightly global feel to his tracks, which teem with agile basslines, compelling drums, and cheeky vocal melodies. Instead of the typical DJ set, Rumpus brings the highly-contagious energy of his punk rock roots to the stage, incorporating crowd interaction, an electronic drum kit, and other live instrumentation into his raucous performances—a tendency toward commotion that earned him the moniker RUMPUS (meaning “a noisy disturbance”).

Born and raised amid Western Canada’s vibrant music scene, he started drumming at 12, then toured with punk bands throughout his youth before branching out on his own. The emphasis on creating compelling rhythms still drives his work today, captivating audiences with his unconventional, hyper-engaging sets. Since his debut single “Here We Go,” an uncanny tech-house track released in 2016 with Smalltown DJs under Aussie label Club Sweat, he’s released songs via Insomniac, Hood Politics, Vibrancy, and Westwood Recordings, and played some of the world’s best music festivals, including Shambhala, Burning Man, Bass Coast and Lightning in a Bottle. Rumpus tracks have been remixed by notable producers such as Cazztek, Bellecour, BYOR, Morelia, & Peacemaker, and featured in the popular Hulu series ‘Into the Dark‘. He’s also collaborated with a range of top electronic acts including Volac, Cloverdale & Neon Steve.

In both 2020 and 2021 Rumpus was chosen as Sask Music’s “Electronic Artist of the Year” and CBC music recently featured him as an artist who’s shaping the future of electronic music in Canada. He’s had multiple Beatport charting tracks and DJ Mag also listed him as an emerging artist that people should keep an eye on. With his 2019 hit single “Feel the Beat” racking up over 4.8 million Spotify streams since its release, Rumpus’ music has spread across the globe, capturing the pure sound of a good time