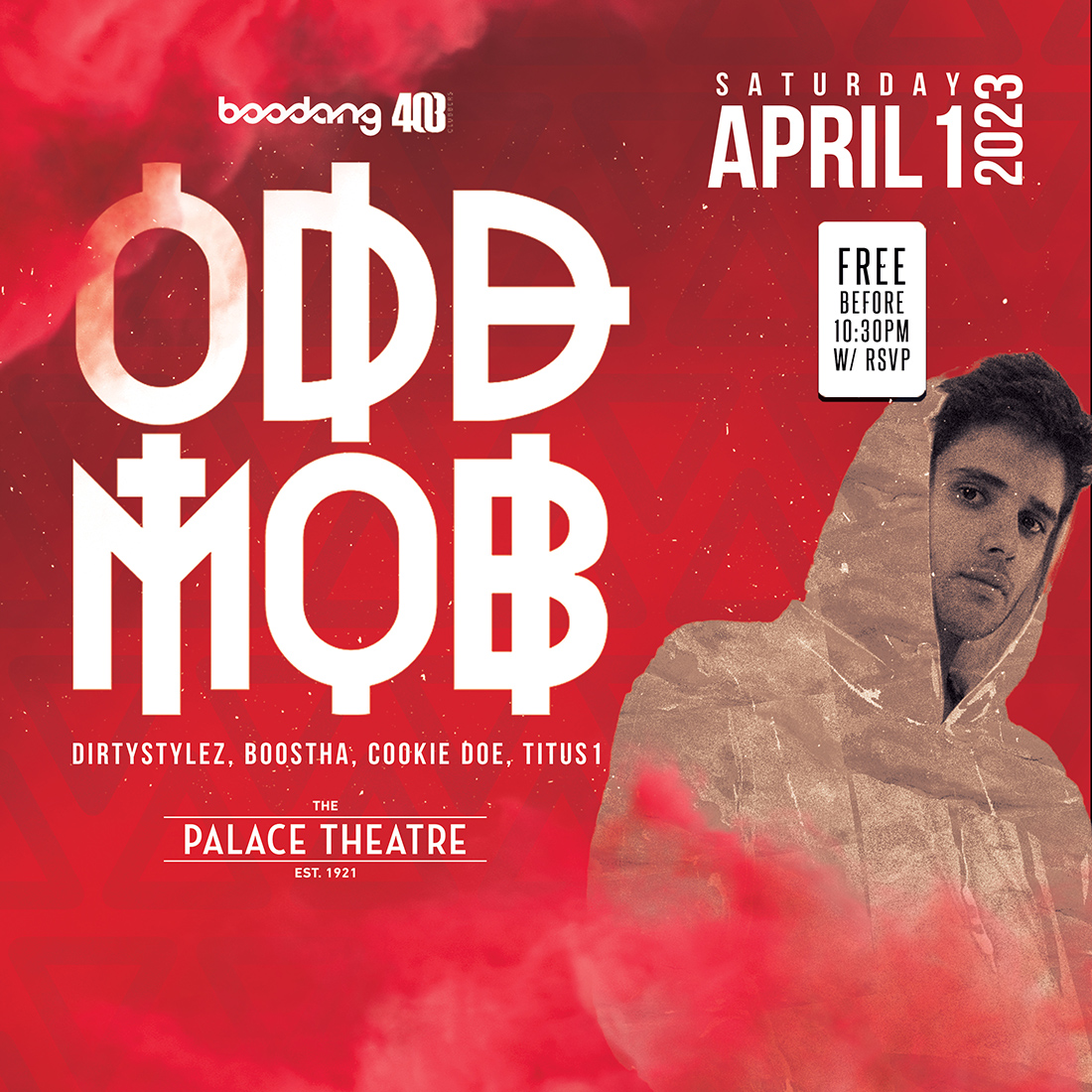 Odd Mob is the recent solo project fronted by Brisbane-based Harry Hope, who developed a knack for identifying unique sounds through the local club scene. Over the years, when Odd Mob was a two-piece made up of Robbie Jacobs & Harry Hope, the pair learnt to adapt their sound and style whilst executing the production with a finesse way beyond their years, and Hope will certainly be forging ahead with this legacy.

Since breaking through with the ubiquitous track ‘Is It A Banger’, Odd Mob has showed no signs of slowing down. With each new release he has dominated the ARIA Club Chart – with a highlight being ‘Into You ft. Starley’ becoming the highest performing track of 2016 – holding the top position for 7 weeks straight!

From remakes, vocal tracks, remixes, and right through to his original productions, Odd Mob has a reputation for creating freshest genre-defying catalogue. To date Odd Mob have pumped out stellar remixes for the likes of A-Trak, Motez, Starley and more recently Lorde. Harry gifted his fans with a free download of the seriously heavy track ‘Origin’ and the club-focused ‘Diffusion’ EP and manufactured ‘Gassed Up’ a dark sweaty fist pumping bass track with a nasty drop. Odd Mob however sets himself apart from other club-focused DJ’s by creating such tunes as ‘Down For Love Ft. Helen’ (becoming a major triple j favourite) and ‘Feels So Good’ that pick up his love of hip hop, fusing elements of future bass and cleverly layering the bright pop vocals, eliminating any ability to define his genre.

In recent months Odd Mob was sampled by EDM heavyweights DJ Snake & Jauz using his ‘Gassed Up’ record which became an anthem across some of the biggest U.S festivals including EDC Las Vegas, Coachella, Insomniac, Electric Zoo and Holy Ship to name but a few!

With a debut album coming in 2019, Odd Mob has now joined forces with one of the most diversified talent agencies in North America APA (also known as Agency for the Performing Arts), sharing the roster with the likes of 50 Cent, Tyga, Dead Letter Circus, Azelia Banks, T.I, The Delta Riggs and Blondie!