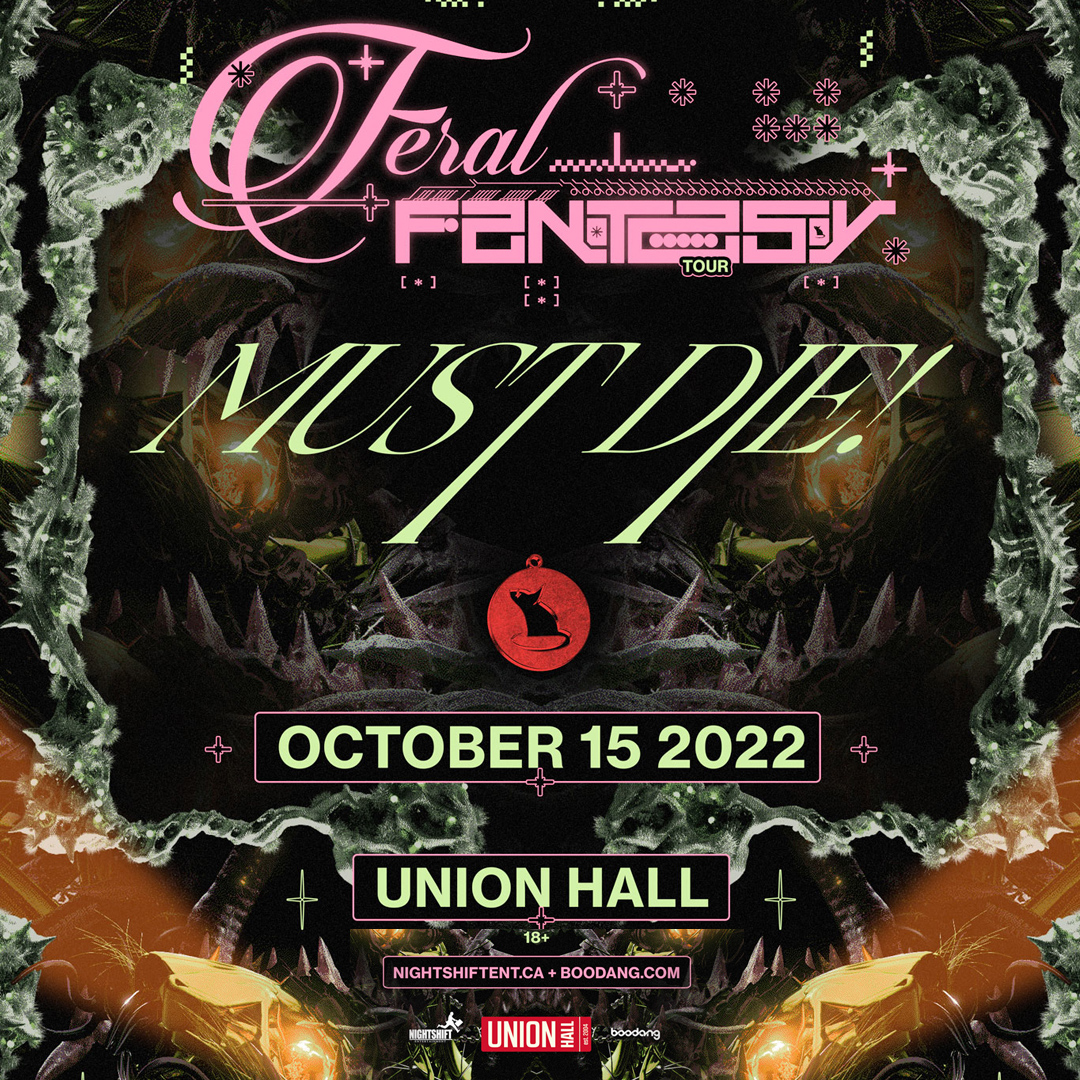 Acting as a rebellious force and the main antagonist of bass music, there’s no one like MUST DIE!. Between his maniacal state of mind and cutting-edge mettle in the studio, MUST DIE! caters to an audience with a penchant for forward-thinking sounds that will both challenge and dignify dubstep as we know it. With nearly 10 years under his belt, MUST DIE! began building his cult with consistent releases on bass music’s most notable labels, leading him to represent Never Say Die’s prestigious roster.

Hailed as a trendsetter within electronic music, MUST DIE! reaches beyond the scope of dubstep with each release — his 2014 debut album, Death & Magic, set the precedent for his future in dance music, offering listeners a new take on genres including dubstep, electro house, drum and bass, and more. The start of 2019 established a new era of MUST DIE! with the release of his genre-bending singles “BLISS 2K” and “CHAOS.” Both singles landing at #1 on the Beatport Dubstep Top 100 and reaching over 3 million streams on Spotify, MUST DIE! sparked a new trend in bass music, introducing classic rave elements and hard dance components to his catalogue. Separating himself from his peers through excellence in production and creativity that simply can’t be copied, MUST DIE! maintains his own lane and leads the up-and-comers to follow.