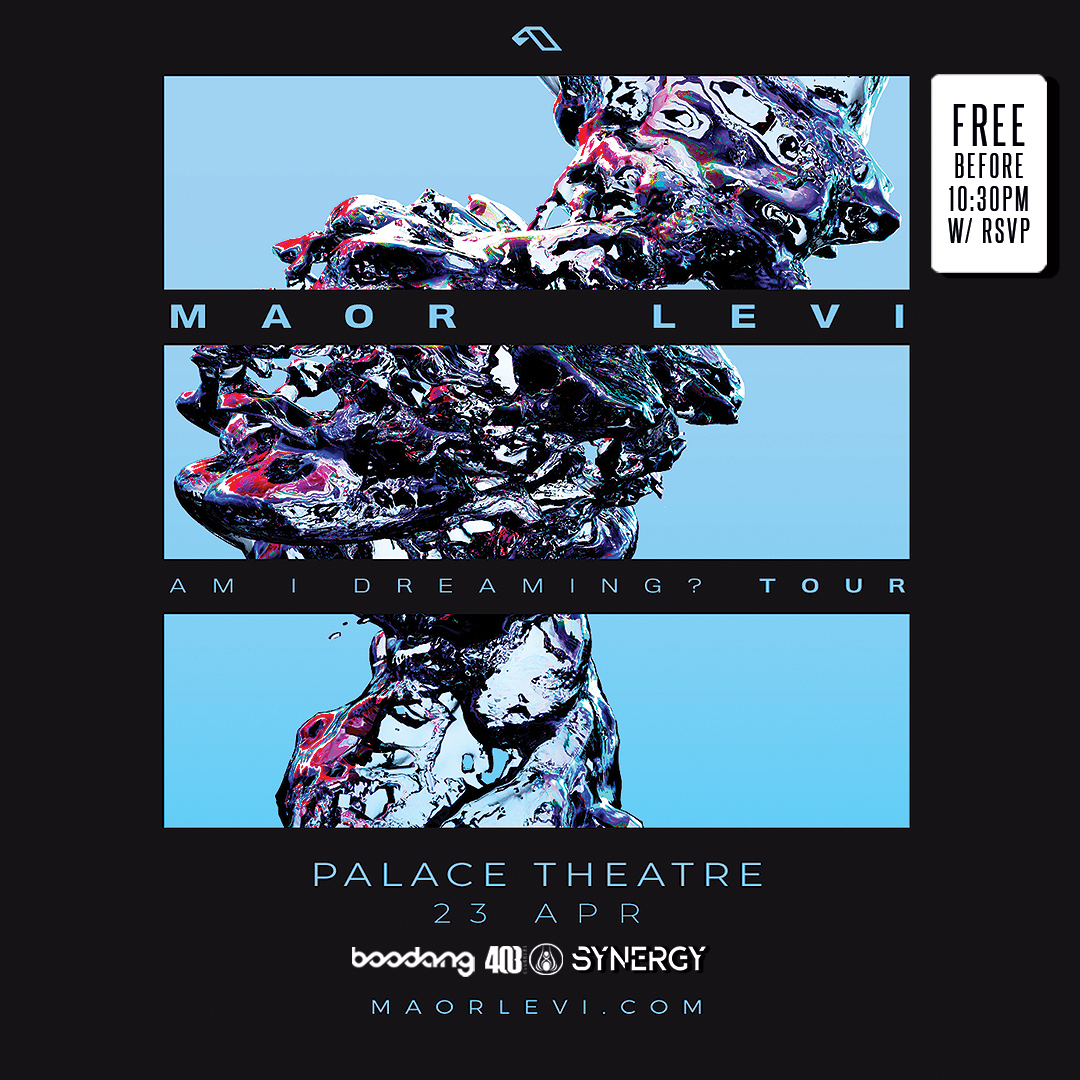 Now an established global artist, Levi first struck a chord in the hearts of dance music fans worldwide with his Anjunadeep debut, “Lital”. A succession of charismatic productions have followed; from the ground breaking “Chasing Love” featuring Ashley Tomberlin, the speaker shattering “On Our Own”, to the Beatport chart topping anthem “Wanna Be” and the euphoric bliss of “Holding On”. Not only has Levi proven himself to be one the most prolific producers around, he has also made himself a permanent feature in all of global superstars Above & Beyond’s DJ sets.

With an ever-growing reputation for dynamic productions, 2013 has already seen him remix for the likes of Gabriel & Dresden, The Killers and Skrillex’s OWSLA label, not to mention having three productions featured on the forthcoming “Anjunabeats Volume 10” compilation, more than any other artist on the album. Mync’s Cr2 Records and Tristan Garner’s Xtra Life Records also quickly snatched up Maor Levi records’. Levi’s list of admirers is long and wide, getting regular support from superstar DJ’s like Above & Beyond, Armin Van Buuren, Knife Party, BT, Nicky Romero, Ferry Corsten, Bassjackers, Tiesto and more.

Levi has hit the international club scene with a burst of high-energy captivating sets, already gracing the stages of high profile venues such as Ministry Of Sound, Marquee New York, Surrender Las Vegas, Mansion Miami along with a memorable set at the Anjunabeats / Pacha Day Party during Miami Music Week 2013. With a string of high profile releases slated for the rest of 2013, Maor Levi’s presence will continued to be felt far and wide.