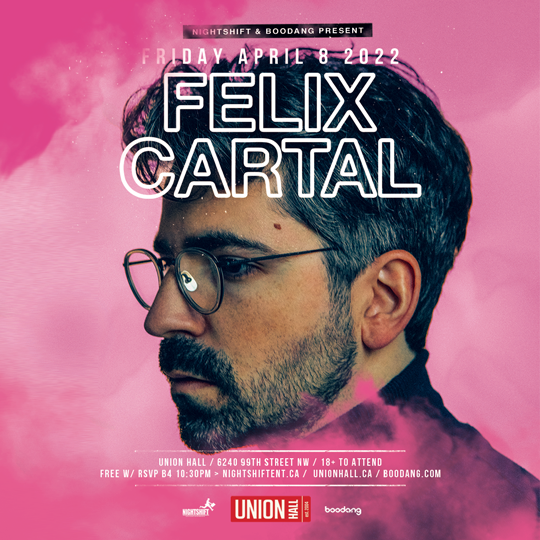 Vancouver native Felix Cartal has come a long way in the last few years.  A relentless touring schedule and tireless work ethic have led to his continued rise as one of dance music’s premier producers.  Never content to reproduce the same sound, his artistic evolution has resulted in a unique take on indie dance, defined by beautiful vocals and driving bass, which fits equally at home poolside or at a festival.  2016 has seen the release of multiple remixes by Felix, all of which have topped the Hype Machine charts, including Kiiara “Feels”, Wafia “Heartburn”, and Selena Gomez “Kill Em With Kindness”.  His first original release of the year, a collaboration with Kaskade titled “Fakin It”, showcases his songwriting prowess and solidifies him among the biggest names of the scene.  The JUNO nominated artist has performed on the stages of Tomorrowland, EDC, Electric Zoo, and HARD, as well as clubs around the world.