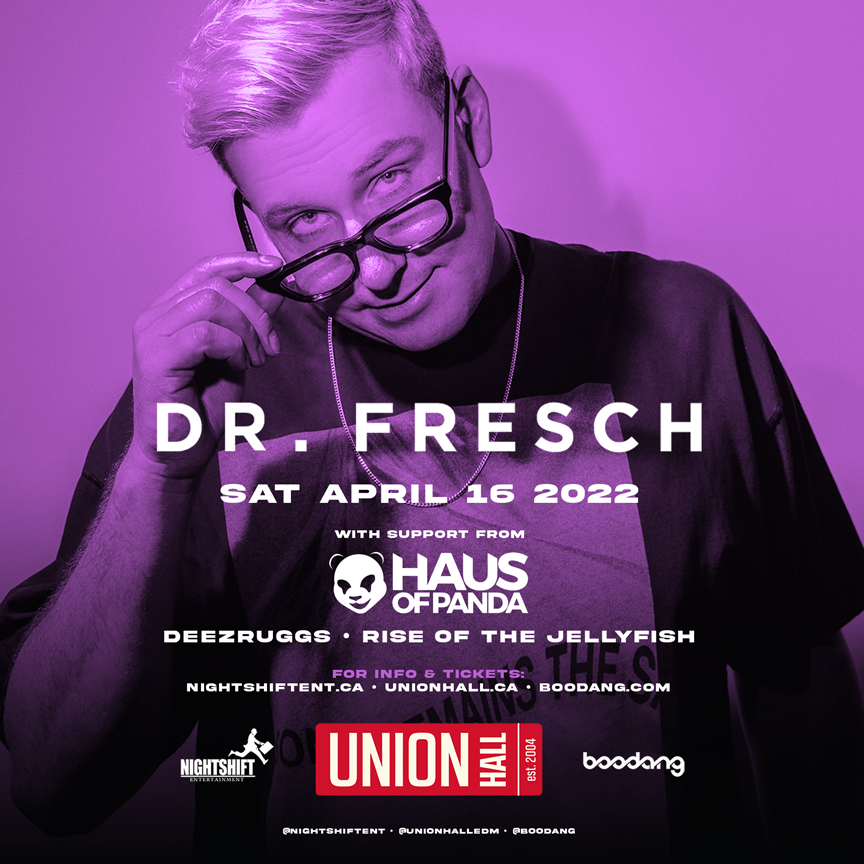 In 2013 after winning Insomniac’s Discovery Project Contest, Tony Fresh launched the Dr. Fresch brand. His debut self-titled EP and innovative hip-hop/rap remixes exploded in the blogosphere and Dr. Fresch was subsequently featured at #9 on Billboard Magazine’s “Next Big Sound” Chart.

Dr. Fresch has continued to gain serious momentum over the course of the last year. With releases on OWSLA and Ministry of Sound, and over 30 million plays on SoundCloud, Dr. Fresch has quickly solidified himself as one of the most unique emerging dance music artists. His signature “Future Ghetto” brand weaves together elements of house, hip-hop/rap, and trap to create a unique, forward-thinking sound.

In early 2018, Dr. Fresch released his collaboration with Bijou and Denzel Curry entitled “Revelation” on Insomniac Records. He is currently at work on his house and hip-hop/rap blended follow-up original EP due to release in May 2018.

Music has been my biggest passion and served as my primary extracurricular since I was seven. Music has also always been an outlet for me to express myself when I couldn’t verbally. I have created this outlet both in the studio and on stage. The primary reason I have pursued music so greatly has been for personal happiness, but I also strive to make others happy through my music. From playing Debussy and George Gershwin pieces at classic piano recitals to DJing Nocturnal, my end goal is to make others as happy as I am when I’m writing music.