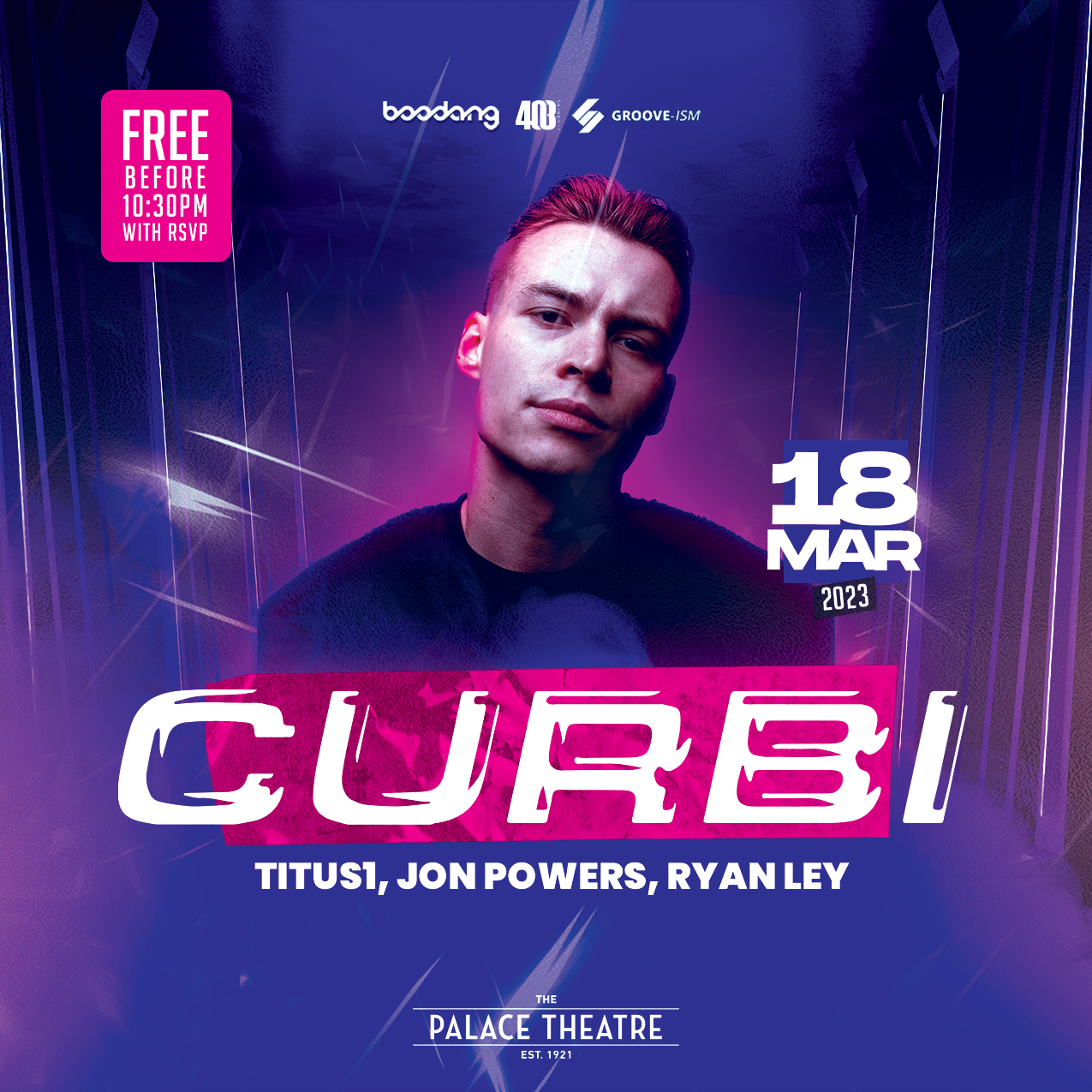 He’s a prodigy the world can’t stop talking about. 22 year-old DJ/producer Curbi’s passion to evolve his own unique sound is stronger than ever, while he continues to prove himself as a leading name in electronic music’s next generation. Continuous chart success and a rapidly growing fanbase resulted in his tour schedule filling up in no time. Making his performance debut at Pacha’s world-famous Ibiza spot, the fresh-faced Brit has moved on to electrify crowds at Tomorrowland, Mysteryland, Creamfields and many others, all the while touring across Asia & North America with no signs of slowing down.

His breakthrough followed tremendous support for his debut single ‘Discharge’, which gained over 10 million plays and catapulted him into the spotlight. The music never stopped, with Curbi dropping incredible releases one after another. His releases such as ‘Spiritual’ (8mln plays), ‘Hoohah’ with Fox Stevenson (13 million plays) and ‘Let’s Go’ with Lucas & Steve & Mike Williams (25 million plays), ‘Too Much (7mln plays) & ‘Get Down’ with Quintino (6 mln plays) make up only a small selection of his impressive musical achievements so far. Curbi dominated the dance floors with almost 50 releases in the past 5 years, combined Curbi’s releases were streamed more than 115 mln plays on Spotify alone.

In 2019 Curbi moved into a new direction musically and released his biggest radio track so far. ‘Spiritual’ was added to many big radio playlists and was used by Insomniac in the official EDC Vegas 2020 trailer. He joined Oliver Heldens for several shows on his North America tour. Curbi released ‘ADHD’ and ‘Too Much’ on Heldeep Records which became the labels two most streamed releases of 2019. During Miami Music Week, Curbi joined Steve Aoki at his Story show, after releasing three songs on his label Dim Mak; ‘Whip It’, ‘Flip It’ and ‘Don’t Stop’.

Not slowing down Curbi released over twelve singles last year, working together with AC Slater, Cesqeaux, Mike Williams and RayRay. Curbi started a unique collaboration with Supercell for their mobile game ‘Brawl Stars’ which was a huge success. And 2021 is looking even brighter! Curbi already announced his first release called ‘Make Amends’ with Tchami. And Curbi already teased an upcoming collaboration with none other than Zedd! With all that he has in store this year, Curbi is the name to watch in the near future!