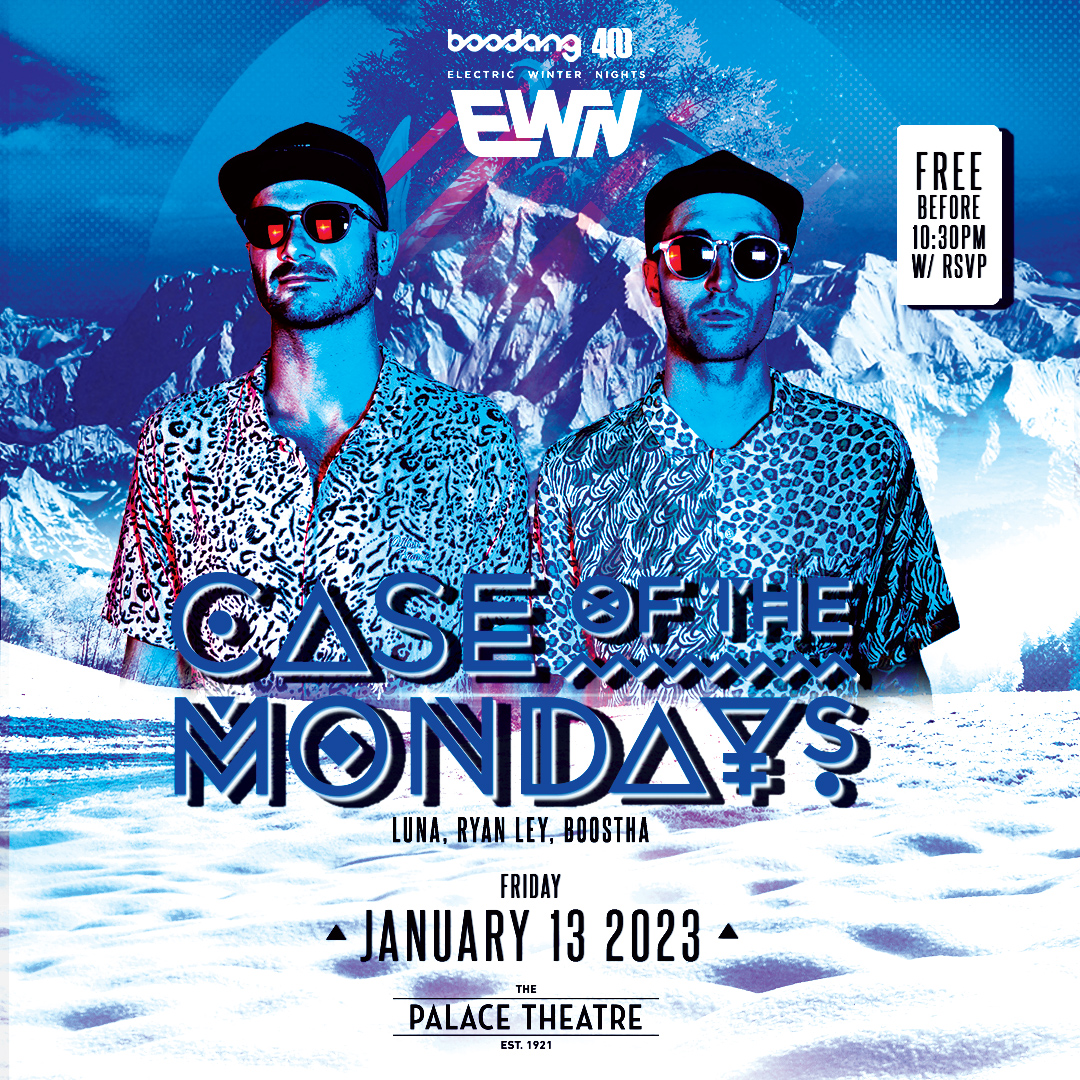 Case of the Mondays- Calgary

Case of the Mondays started off as a Raw House Music Night that turned into crazy weekly party in Whistler, Canada. With the massive success of the night, the two creators Joni T & La Dooda decided they had something special going on and join forces. The two absorbed the name Case of the Mondays and hit the Studio. Releasing Two records with Unknown Records (Sydney), an official remix with Rod Fussy (Billions) , and a dance floor filling remix of Bad & Boujee, it’s safe to say the boys have had a busy year. Joni T & La Dooda would describe there sound as “Deep in Tone and Ghetto by Nature.” Over the past two years they have played several Canadian Music Festivals, Pool Parties in Central America, Countless Clubs, Private events, and have opened up for many of their musical heroes and the best in the industry. Whether they are playing a party at the top of a mountain or at pool party next to the ocean, Case of the Mondays creates a Magical World of “High Energy Bass Driven House Music” where its okay to spill drinks, dance all night, and call in sick to work!