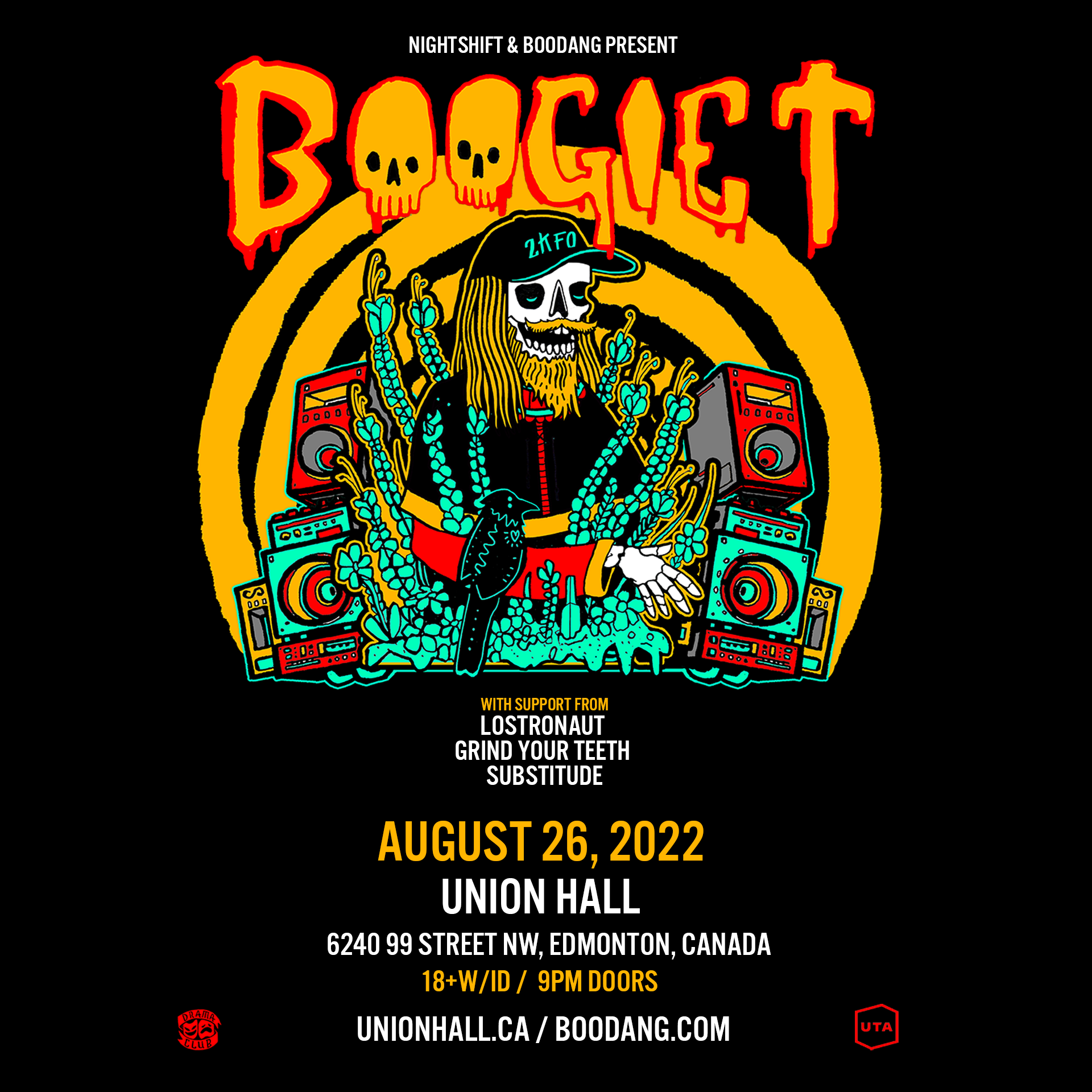 Born and raised in the swamps of Louisiana, Brock Thornton, better known as Boogie T, has risen from the bayou to bring the low-end. Whether he’s producing dubstep, electro funk, riddim, or anything in between, Boogie T is an entertainer at heart, incorporating a medley of musical elements and instruments into his signature sound. Revered for his grab-bag of talents, Boogie T proves his artistry through his ability to play a myriad of instruments, including the guitar, keys, and bass, in addition to his skilled lyricism as both a singer and rapper.

Boogie T landed his first label release in 2017 on Ganja White Night’s SubCarbon Records with his debut ‘Soul’d Out’ EP, earning him a spot on the iTunes Top 10 Electronic Album charts. Since his debut release, Boogie T has delivered his funky, bass-heavy sound to top-tier labels such as Atlantic/Big Beat, Ultra Music, Circus Records, SMOG, in addition to a plethora of releases on his own label, Drama Club Recordings.

Boogie T has brought his bass-fueled sound across the United States on multiple of his own headline tours and as a supporting act for artists such as GRiZ, Ganja White Night, Rezz, Zeds Dead, and more. He’s a staple at some of the world’s biggest music festivals, including Bonnaroo, Coachella, Lollapalooza, and EDC Las Vegas.

With a horde of unreleased music and a packed touring schedule in 2022, it’s only a matter of time before Boogie T brings the bayou to you.